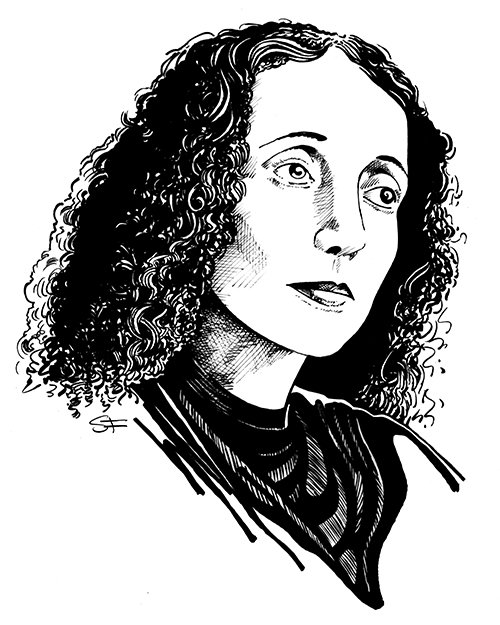 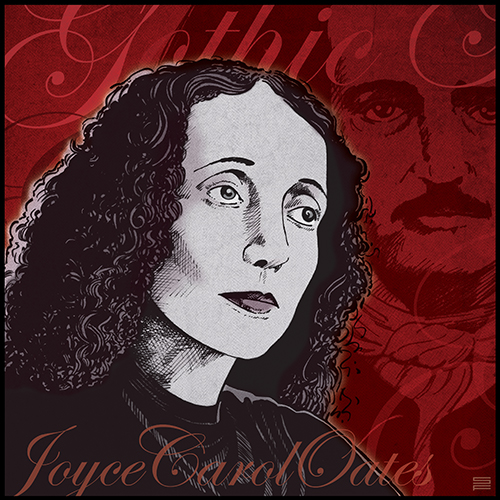 For myself, Oates’s most engaging work is with the ‘horror’ genre, specifically the so-called “Gothic Saga”, which includes Bellefleur (1980), A Bloodsmoor Romance (1982), Mysteries of Winterthurn (1984), My Heart Laid Bare (1998), and The Accursed (2013). The author has openly acknowledged her debt to Edgar Allan Poe, about how his fiction, with its focus on “the interior of the soul,” links personal fears and anxieties with visions of cosmic dread.

In the afterword to her 1994 collection Haunted: Tales of the Grotesque, she seems to find a human truth within horror: “We should sense immediately, in the presence of the grotesque, that it is both ‘real’ and ‘unreal’ simultaneously, as states of mind are real enough – emotions, moods, shifting obsessions, beliefs – though immeasurable. The subjectivity that is the essence of the human is also the mystery that divides us irrevocably from one another.”

On writing:
“I don’t have any anxiety about writing. Not really. It’s such a pleasure, and our lives are so relatively easy compared to people who are really out there in the world working hard and suffering. The art comes much later in civilization, when you’ve dealt with other things like poverty and strife. People think that I write quickly, but I actually don’t. I remember thinking to myself, ‘Am I still working on this novel?’ It’s such a slow evolution. The point of anxiety is lost in all that. You can’t be anxious every minute of every day for eight months.”