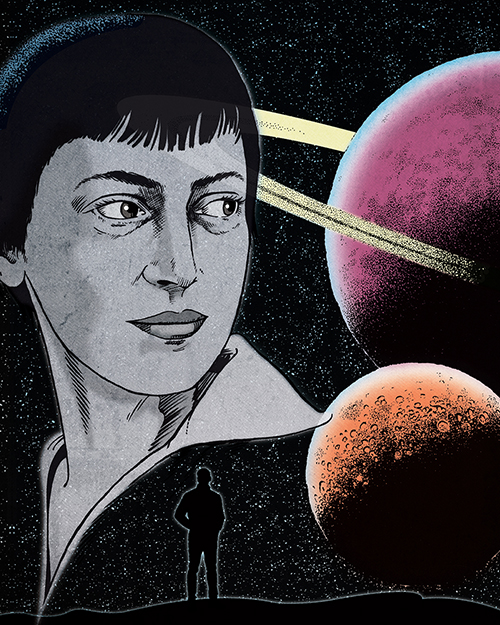 Ursula K. Le Guin’s literary career spanned nearly sixty years, producing more than twenty novels and over a hundred short stories, in addition to poetry, literary criticism, translations, and children’s books. Frequently described as an author of science fiction, Le Guin has also been called a “major voice in American Letters”. Le Guin herself said she would prefer to be known as an “American novelist”.

Prominent in her writing were social and political themes, including race, gender, sexuality, and coming of age. She explored alternative political structures in many stories, such as in the parable “The Ones Who Walk Away from Omelas” (1973) and the utopian novel “The Dispossessed” (1974).

“I’m very strong on accuracy and exactitude. You can’t describe everything—that would be very boring. With an invented world, though, you have to describe more than a realist does. Of course, you have to leave out an enormous amount, too, and the leaving-out is half the art. There the reader is free to supply whatever they want to supply, to fill in all those white spaces that you leave.

I think sometimes in science fiction, more than in fantasy, the author wants you to see it just exactly the way the author sees it. Some people like to be coerced when they read, but I’d rather be given latitude. Tolkien is really such a master there. You know where you are, you know what the weather is, from what direction the wind’s blowing. He tells you what he can about it—but the rest of it’s up to you.”

“My world, my Earth is a ruin. A planet spoiled by the human species. We multiplied and fought and gobbled until there was nothing left, and then we died. We controlled neither appetite nor violence; we did not adapt. We destroyed ourselves. But we destroyed the world first.”

― from the novel “The Dispossessed”