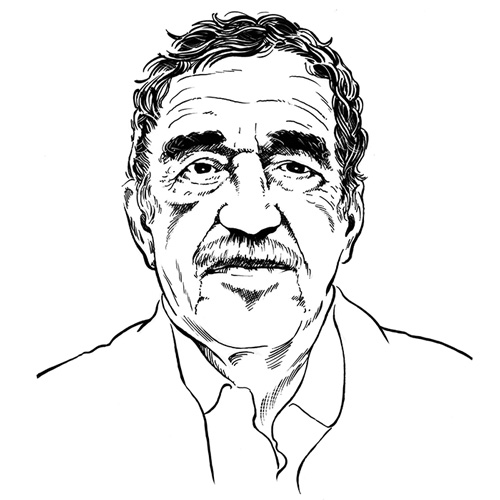 “When I read Kafka, all of a sudden I understood how many other possibilities existed in literature outside the rational and extremely academic examples I’d come across in secondary school text books. It was like tearing off a chastity belt.

“I had an idea of what I always wanted to do, but there was something missing and I was not sure what it was until one day I discovered the right tone—the tone that I eventually used in One Hundred Years of Solitude. It was based on the way my grandmother used to tell her stories. She told things that sounded supernatural and fantastic, but she told them with complete naturalness. When I finally discovered the tone I had to use, I sat down for eighteen months and worked every day. . . . In previous attempts to write One Hundred Years of Solitude, I tried to tell the story without believing in it. I discovered that what I had to do was believe in them myself and write them with the same expression with which my grandmother told them.”