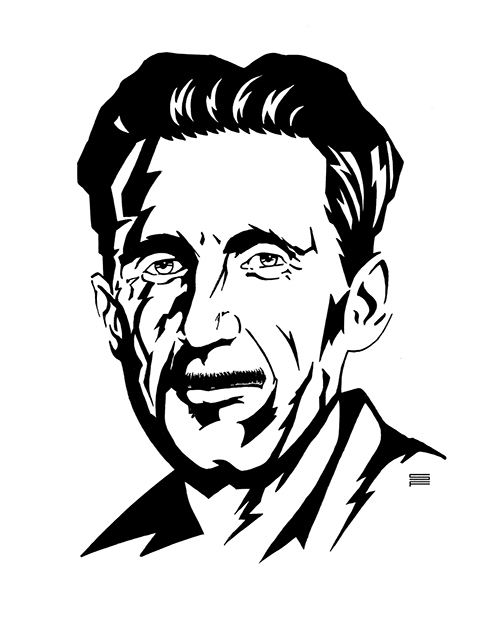 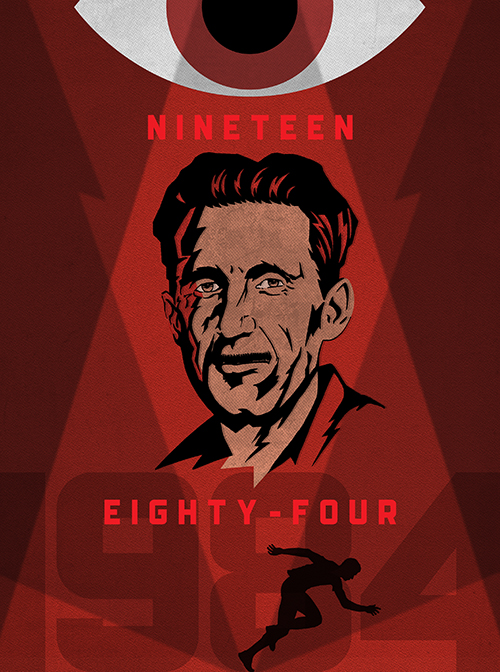 When one’s name becomes an eponymous adjective (as in Orwellian – which describes totalitarian and authoritarian social practices) you know this person had an impact on popular culture as well as political culture.

Born Eric Arthur Blair, George Orwell was an English novelist, essayist, journalist and critic. His best know work is the allegorical novella Animal Farm (1945) and the dystopian Nineteen Eighty-Four (1949) a profound anti-utopian novel that examines the dangers of totalitarian rule. The publication of Animal Farm led to fame for Orwell and for the first time, prosperity. During the final years of his life he worked on Nineteen Eighty-Four, which he wrote as a warning after years of brooding on the twin menaces of Nazism and Stalinism. It was published in June 1949, less than a year before his death. Throughout its publication history, Nineteen Eighty-Four has been either banned or legally challenged as subversive or ideologically corrupting, like the dystopian novels We (1924) by Yevgeny Zamyatin, Brave New World (1932) by Aldous Huxley, Darkness at Noon (1940) by Arthur Koestler, Kallocain (1940) by Karin Boye, and Fahrenheit 451 (1953) by Ray Bradbury.
Orwell wrote the last pages of Nineteen Eighty-four in a remote house on the Hebridean island of Jura, which he had bought from the proceeds of Animal Farm. He worked between bouts of hospitalization for tuberculosis, of which he died in a London hospital in January 1950 at age 46.

“Writing a book is a horrible, exhausting struggle, like a long bout with some painful illness. One would never undertake such a thing if one were not driven on by some demon whom one can neither resist nor understand.”