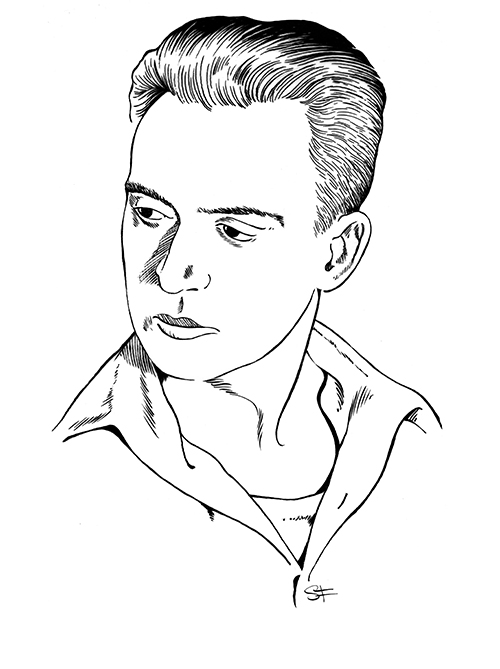 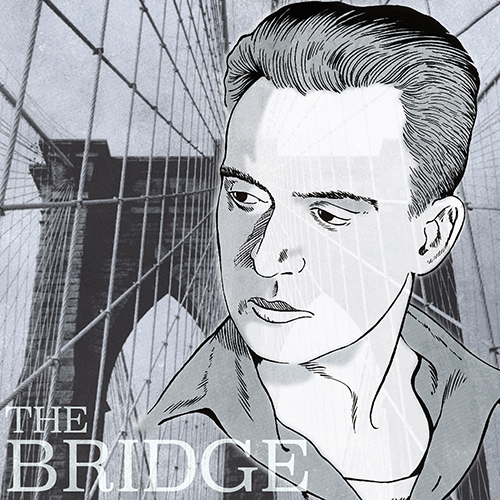 “Just imagine looking out your window directly on the East River with nothing intervening between your view of the Statue of Liberty, way down the harbour, and the marvelous beauty of Brooklyn Bridge close above you!”
The American poet Hart Crane wrote this to his mother soon after moving to Brooklyn Heights in 1924, and eventually beginning his epic long poem “The Bridge”, first published in 1930.
Crane sought to write an epic poem, in the vein of The Waste Land, that expressed a more optimistic view of modern, urban culture than the one that he found in T. S. Eliot’s work.

The University of Illinois’ Modern American Poetry website analyses the symbolic meaning of the Brooklyn Bridge as a central image throughout the work:
“When Crane positions himself under the shadows of the bridge, he is, in one sense, simply the poet of the romantic tradition, the observer who stands aside the better to see; but he is, in another sense, the gay male cruising in an area notorious for its casual sex. Even the bridge itself, the Brooklyn Bridge that is the central object of the poem, was strongly identified in Crane’s own mind with [Crane’s lover] Emil Opffer, to whom Voyages was dedicated. The appearance of the bridge secretly encrypts a highly personal memory and a specific presence in the text. Crane’s “epic of America” gets underway as a personal quest, as a poem divided against itself, in devotion to an urban setting that encourages social diversity, with secret inscriptions that retain their meanings to which only a privileged few are accessible.”

Crane struggled throughout his life with alcohol, his promiscuous homosexual activity which would often lead to beatings and jail time, and long bouts of depression.

While returning to New York from Mexico aboard the steamship Orizaba, Crane was badly beaten after making sexual advances to a male crew member. On April 27, 1932, Hart Crane jumped overboard into the Gulf of Mexico. Although he left no suicide note, witnesses believed his intentions to be suicidal, as they reported that he exclaimed “Goodbye, everybody!” before throwing himself overboard. His body was never recovered.