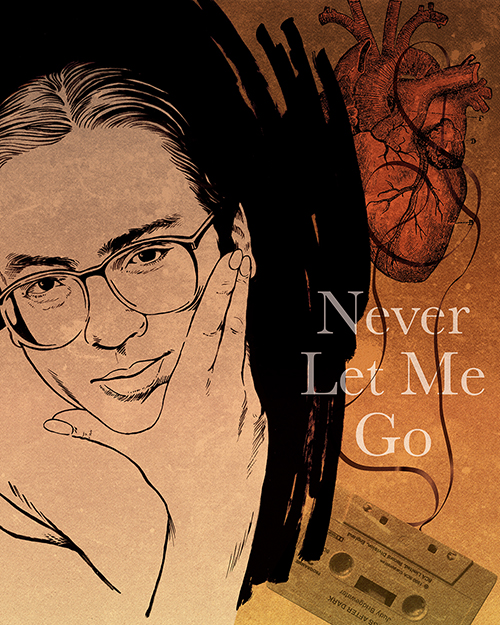 Ishiguro was born in Nagasaki and moved to Britain with his parents in 1960. A contemporary fiction author in English, his first two novels, A Pale View of the Hills and An Artist of the Floating World, were journeys into Japanese identity. Soon after he was exploring other genres, including science fiction and historical fiction. His two best known works, Remains of the Day (1989) and Never Let Me Go (2005) were both adapted into award winning films.

In 2017, the Swedish Academy awarded Ishiguro the Nobel Prize in Literature, describing him as a writer “who, in novels of great emotional force, has uncovered the abyss beneath our illusory sense of connection with the world”.

“I’m not entirely like English people because I’ve been brought up by Japanese parents in a Japanese-speaking home. My parents felt responsible for keeping me in touch with Japanese values.”

In other interviews, he said he has had little familiarity with Japanese writing. “I do have a distinct background. I think differently, and my perspectives are slightly different. If I wrote under a pseudonym and got somebody else to pose for my jacket photographs, I’m sure nobody would think of saying, ‘This guy reminds me of that Japanese writer.’ “

“I always thought of Never Let Me Go as my cheerful novel. In the past, I had written about characters’ failings. They were warnings to myself, or how-not-to-lead-your-life books. With Never Let Me Go I felt that for the first time I had given myself permission to focus on the positive aspects of human beings. OK, they might be flawed. They might be prone to the usual human emotions like jealousy and pettiness and so on. But I wanted to show three people who were essentially decent. When they finally realize that their time is limited, I wanted them not to be preoccupied with their status or their material possessions. I wanted them to care most about each other and setting things right. So for me, it was saying positive things about human beings against the rather bleak fact of our mortality.”