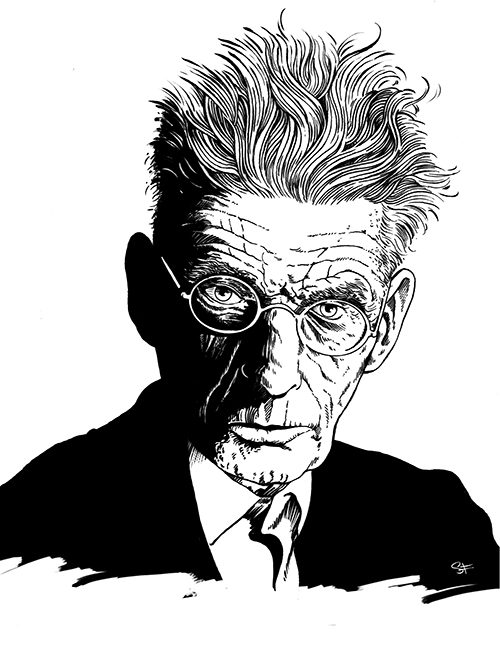 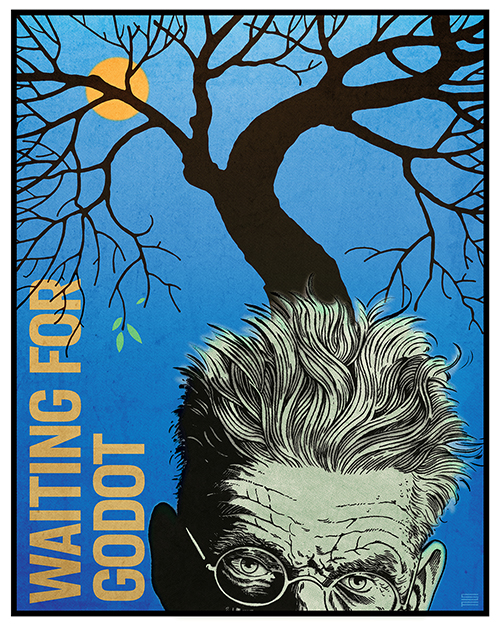 Samuel Beckett is one of the most widely discussed and highly prized of 20th-century authors, inspiring a critical industry to rival that which has sprung up around James Joyce. But like many groundbreaking authors, he has divided critical opinion. Some early philosophical critics, such as Sartre and Theodor Adorno, praised him for his revelation of absurdity, and his works’ critical refusal of simplicities. Others such as Georg Lukács condemned him for ‘decadent’ lack of realism.

Beckett produced his most important works – four novels, two dramas, a collection of short stories, essays, and art criticism – during an intensely creative period in the late 1940s. Irishman Beckett had settled in France and wrote in both French and English. His experiences during World War II – insecurity, confusion, exile, hunger, deprivation – came to shape his writing. In his most famous work, the drama Waiting for Godot, he examines the most basic foundations of our lives with strikingly dark humor.

On writing:
“I realized that James Joyce had gone as far as one could in the direction of knowing more, and being in control of one’s material. He was always adding to it; you only have to look at his proofs to see that. I realized that my own way was in impoverishment, in lack of knowledge and in taking away, in subtracting rather than in adding.”

On Waiting for Godot:
Beckett has said that he regretted calling the absent character ‘Godot’, because of all the theories involving God to which this had given rise. “I also told Ralph Richardson that if by Godot I had meant God I would have said God, and not Godot. This seemed to disappoint him greatly.” That said, Beckett did once concede, “It would be fatuous of me to pretend that I am not aware of the meanings attached to the word ‘Godot’, and the opinion of many that it means ‘God’. But you must remember – I wrote the play in French, and if I did have that meaning in my mind, it was somewhere in my unconscious and I was not overtly aware of it.”