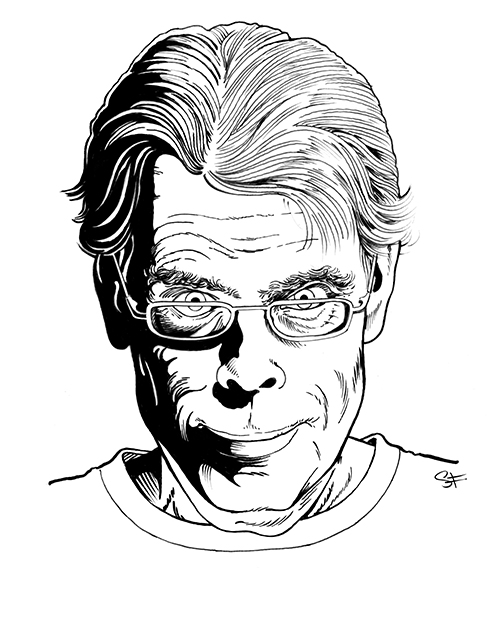 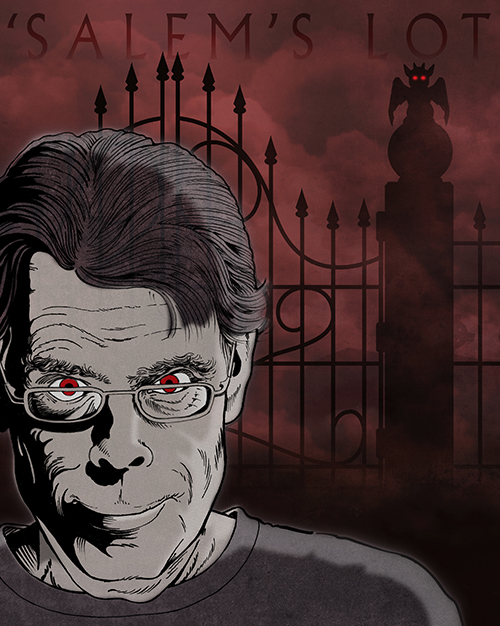 “I’d say that what I do is like a crack in the mirror. If you go back over the books from Carrie on up, what you see is an observation of ordinary middle-class American life as it’s lived at the time that particular book was written. In every life you get to a point where you have to deal with something that’s inexplicable to you, whether it’s the doctor saying you have cancer or whether you talk about ghosts or vampires or Nazi war criminals living down the block, we’re still talking about the same thing, which is an intrusion of the extraordinary into ordinary life and how we deal with it.”

On writing ‘Salem’s Lot:
“One of the ideas I had in the early days was that it would be perfectly possible to combine the overlord-vampire myth from Bram Stoker’s Dracula with the naturalistic fiction of Frank Norris and the EC horror comics I had loved as a child…
One night I wondered aloud to my wife what might have happened if Drac had appeared not in turn-of-the-century London, but in New York City of the 1970s. “What if he came here to Maine?” she asked. “What if he came to the country? After all, isn’t that where his castle was, in the Transylvania countryside?” That was really all it took. My mind lit up with possibilities..”