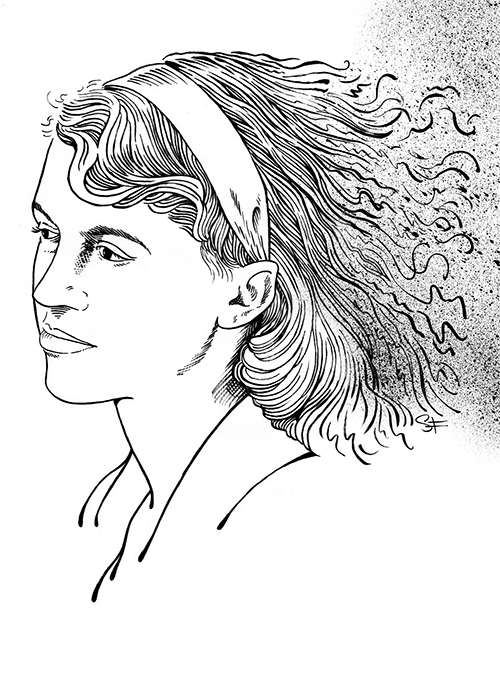 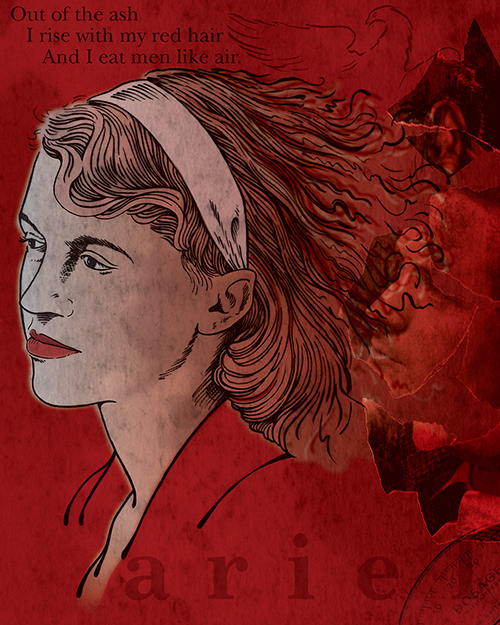 Sylvia Plath, one of the most admired poets of the 20th century, already had a following in the literary community by the time she took her own life at the age of 30. In the years since, her work attracted the attention of millions of readers, who saw in her singular verse an attempt to catalogue despair, and violent emotion.

Plath’s poems explore her own mental anguish, her troubled marriage to fellow poet Ted Hughes, with his abuse and infidelity, and her own vision of herself.

As Margaret Rees observed, “Whether Plath wrote about nature, or about the social restrictions on individuals, she stripped away the polite veneer. She let her writing express elemental forces and primeval fears. In doing so, she laid bare the contradictions that tore apart appearance and hinted at some of the tensions hovering just beneath the surface of the American way of life in the post war period.”

Plath has inspired countless readers and influenced many poets since her death in 1963.

“I think my poems immediately come out of the sensuous and emotional experiences I have, but I must say I cannot sympathize with these cries from the heart that are informed by nothing except a needle or a knife, or whatever it is. I believe that one should be able to control and manipulate experiences, even the most horrific, like madness, being tortured, this sort of experience, and one should be able to manipulate these experiences with an informed and an intelligent mind. I think that personal experience is very important, but certainly it shouldn’t be a kind of shut-box and mirror looking, narcissistic experience. I believe it should be relevant, and relevant to the larger things. The bigger things such as Hiroshima and Dachau.”
-Interview, 1962

Ariel was Sylvia Plath’s second book of poetry, published two years after her death by suicide, and has since become her most studied and criticized collection. With dark themes of mental illness and suicide, it was a dramatic departure from her earlier poetry.
Within Ariel is “Lady Lazarus”, considered one of Plath’s best poems and subjected to much literary criticism since it was published. Commonly interpreted as an expression of Plath’s suicidal thoughts, along with feelings concerning her husband’s infidelity and abusive treatment, Lady Lazarus ends with the speaker represented by the image of a phoenix, a mythical bird that is burned alive and then reborn from the ashes.
The speaker has transformed into a firebird, effectively marking her rebirth.

Out of the ash
I rise with my red hair
And I eat men like air.